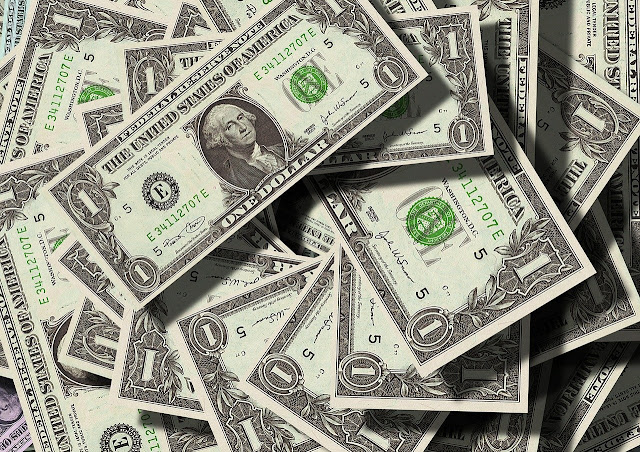 The Nigerian Ponzi scheme is not a new
phenomenon. Nigerians usually fall for these sites, lured by the promise of
quick money. In most cases, they start out as legitimate investment platforms
but later turn into scam sites after getting enough investors and promising
them huge returns on their investments.

In this article, we will look at the 10
Ponzi schemes and investment platforms that have crashed in Nigeria over the
years.

MMM Nigeria is one of the most famous
Ponzi schemes in Nigeria. MMM Nigeria is a Russian-based Ponzi scheme that
began in 1989 and has been operational for over 30 years now. In addition to
Russia, it also has operations in other countries including South Africa,
India, and China among others.

The platform gained massive popularity
around 2016 when it promised 30% monthly returns on investments. By November
2016, there were at least 3 million Nigerians involved with MMM Nigeria with an
estimated N1 trillion invested by investors into the platform.

However. when
things started going downhill for them after some months of operation (which we
will discuss later), their website crashed because they had millions of people
trying to log in at once!

Ultimate Cycler is the latest Ponzi
scheme that crashed in Nigeria. It claims to be an investment platform that
generates returns on cryptocurrency from smart contracts and other blockchain
technologies.

The company claims that you can earn up
to 7% daily through its smart contracts, and it has invested in various
companies to help create those smart contracts.

It also says that it’s backed by a
“blockchain development company,” which will use your investment
money to develop these new technologies so they can be used for investments,
profits, and more. According to the Ultimate Cycler website:

Twinkas was an online investment
platform that crashed in 2017. The company promised investors up to 200%
returns on their investments, with a return period of six months. Investors
could earn from the platform by making a minimum investment of N5,000 ($17).

The company claimed to possess an algorithm that would help its clients
increase their capital at least by 100%.

The Nigerian Securities and Exchange
Commission warned against investing in Twinkas because it did not have any
license or authorization to operate a financial business in Nigeria. In
addition, none of its designated representatives appeared before the commission
when summoned during investigations into the matter.

Zarfund is a Ponzi scheme that shut
down in April 2018. It allowed members to make money by paying a subscription
fee, recruiting two new members and getting paid when those new recruits
recruited two more members of their own.

Zarfund was started by Hannes Jordaan,
who was arrested for operating the scam in South Africa. The scheme then moved
to Nigeria where it took off quickly before its collapse in April 2018.

The pyramid scheme is estimated to have
affected thousands of Nigerians who lost money investing with Zarfund.

Paycycler was an online platform that
allowed investors to earn money by referring other investors. The company
crashed in the middle of April 2017, owing investors N2.5 billion. The founder,
Mr. Chinedu John, was arrested by the EFCC in April 2017 and has since been
released on bail after paying N1 million as surety.

The company promised to pay dividends
on weekly basis but did not fulfill its promise as it stopped paying its
members’ claims for months before going offline for good.

Paidbest, a Ponzi scheme launched in
2018 and went offline in mid-2019. The site was created by an individual who
claimed to be a Nigerian man. He promised investors that he would pay them back
at least 100% of their initial investment within the first week of joining the platform.

The platform had over 300 members when
it crashed and all their money was lost.

Surecash was founded in 2012 and claims
to be a financial services platform that helps people save money, invest and
make money online.

According to the company’s website,
Surecash is owned by a man named Ugochukwu Amadi.

Unaico was a Ponzi scheme that was
launched in 2015. Opeyemi Adetunji, a Nigerian businessman, used the platform
to promise investors 150% returns on their investments.

On its website, Unaico claimed to be
“the only global investment club” with members from over 50 countries. Users
were promised an opportunity for income generation through the program’s
cryptocurrency mining operation and trading system.

In addition to these
benefits, users could also earn commission by referring others to join the
program or by buying into one of its many partner companies (including EOS
blockchain).

However, Unaico’s claims were not
backed up by any reputable evidence or third-party audits—and things soon went
downhill when it became clear that this company was indeed running a Ponzi
scheme rather than offering legitimate investments or services.

After shutting
down in 2016 due to government intervention, Unaico was forced into liquidation
under British law; however there are still many people who lost money investing
with it because they didn’t know where else they could turn for help at that
time – so if you’re thinking about signing up with any kind of online
investment platform then make sure you do plenty of research first!

The founder of Crowdrise was charged to
court for fraud.

MMM Nigeria was a Ponzi scheme that
promised 30% monthly return on investment, and had more than 3 million members
in Nigeria.

MMM was founded by Sergey Mavrodi and
launched in Russia in 1989. It had previously collapsed in 1994, but started up
again in February 2016 as MMM Global with the tagline ‘Growth is just around
the corner! Join the movement.

MMM Global later rebranded itself as
MMM Global Foundation, claiming to be an organization that received donations
from its members and redistributed them among other members based on various
principles such as contribution history, neediness, and business experience.

How to Make £25 an Hour as a Virtual Assistant